This delicate pair of pumps combines high-shine black leather with delicate lace. Lace shoes are not a common piece of footwear and in my opinion relates to the category of dressy items.  The black-toned toe caps and seductive stiletto heels finish the silhouette with a glamorous effect.

“Cinderella” or “The Little Glass Slipper” is a fairy tale  about a young woman living in poverty and compensated for her kindness towards others and forgiving everybody for behaving badly. But the identifying item in this tale is Cinderella’s shoe. In the original version Cinderella wore a silver shoe. The glass slipper was invented by Charles Perrault in  his “Cendrillon ou la petite pantoufle de verre” and in the German Brothers Grimm’s story “Aschenputtel”, the heroine wears a pair of golden shoes.

As you can see, all these narratives somehow relate to expensive shoes, made of expensive material, handcrafted to underline their beauty, uniqueness and distinctiveness. My pair of lace shoes is of a simple design but extremely beautiful, elegant and perfectly executed. I suppose, the lace shoes could be today the modern Cinderella’s footwear! 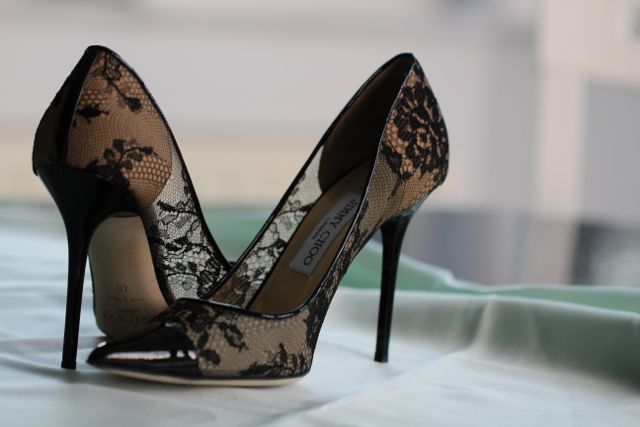 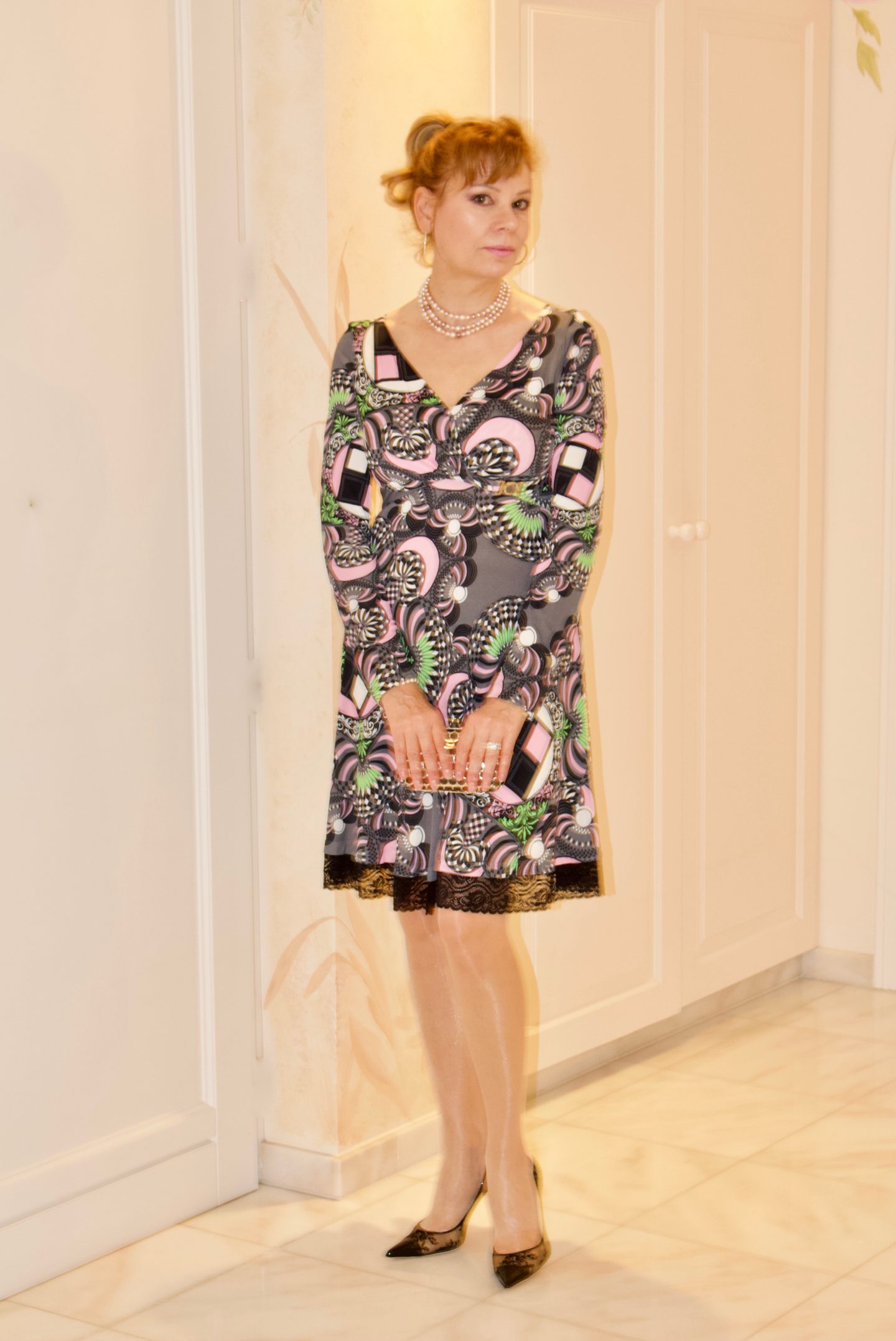 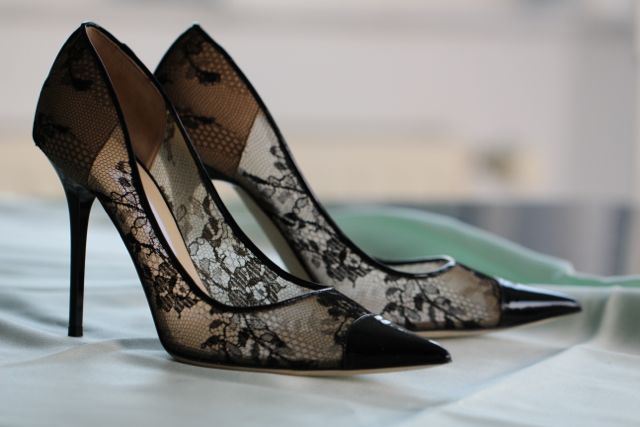 What Cinderella Version Do You Prefer?

There are countless versions of Cinderella known throughout the world. The very first known variant of the Cinderella story  is about about a Greek slave girl who marries the King of Egypt , after a bird steals her red shoe and drops  it in the king’s lap. The King touched by the beautiful shape and uniqueness of the shoe set off to search for the woman who wore the sandal.

The first European version of the story was published in Italy. The name “Cenerentola” comes from the Italian word “cenere” (ash, cinder). It has to do with the fact that servants and scullions at that time were usually soiled with ash, because of doing rough and dirty work in the kitchen and cleaning fireplaces.

The version that is most widely known in the English-speaking world was published in French by Charles Perrault, “Cendrillon ou la petite pantoufle de verre”. The popularity of his tale was due additions made by Perrault to the story, including the pumpkin, the fairy-godmother, the midnight spell and the introduction of “glass” slippers. It seems that Perrault intentionally changed the slipper to glass for very specific reasons. In the 17th century in France, glass was very expensive and only a man of great wealth could afford it.

Another version was published by the German brothers  Jacob and Wilhelm Grimm in the 19th century. The tale is called “Aschenputtel” (“Cinderella” in English translations). This version is much more intense than that of Perrault, in that Cinderella’s stepsisters mutilate their feet to fit in the golden slipper. 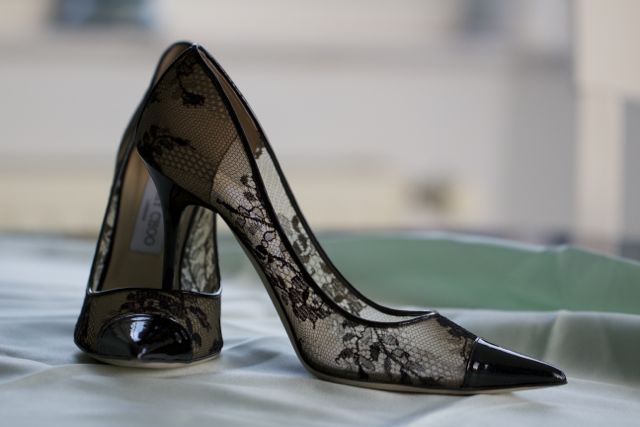 Cinderella In The Modern Times

Fairy tales have been used for centuries, in various cultures teaching us the good and bad, adapting them for the purpose of entertainment or moral education and values.  In Cinderella’s tale, at its centre, is also the assumption about how dependent women in the past were on men to determine their place in the world. It was commonly considered that he, the men, would improve her position in the society and consequently improve her life. This is repeated in many other stories that use the same theory. Compare,  Pretty in Pink, My Fair Lady, Pride and Prejudice, and Pretty Woman.

Let us imagine a different scenario, where the modern Cinderella asks herself what kind of person she wishes to become, is not waiting to be saved from hard conditions.  She is looking for friendship, community and support, searching and finding her place in the world and setting the goal of her own life, Cinderella who is living in the present time, where women need to recognise their own worth and talents in order to live the life they dream of and oppose constraints that would limit their potential.