Imagine for a moment the late American actress Marilyn Monroe and the current German Chancellor  Angela Merkel exchanging thoughts over what to take for a girl’s best friend, perhaps with a glass of champagne for the actress and white wine for the politician. It won’t be too difficult to figure out Monroe’s answer, most probably she would even sing it to us. Who doesn’t know the song most famously performed by her in the 1953 film Gentlemen Prefer Blondes praising diamonds as a girl’s best friend?

But what about the preference of someone awarded a doctorate (Dr. rer. nat) for her thesis on quantum chemistry in 1986? Diamonds as well? Difficult to say, but most likely not. On the other hand, when you look at her, she always appears to carry around her very much personalised version of a diamond!

The talk is about what the English-speaking media has termed the “Merkel diamond”. Called the “Merkel rhombus” in German, this refers to the Chancellor’s trademark hand gesture made by resting her hands in front of her stomach so that her fingertips meet, with the thumbs and index fingers forming a rough quadrangular shape. Her preference for this particular type of diamond has nothing to do with the value or prestige but “because this rhombus contains a certain symmetry”! Well, no disagreement with that…

The Beauty of Rhombus Symmetry

Rhombus Symmetry also dominates this sleeveless Versace dress. For one, there is the A-line shape. The term  A-Line was first used by the French couture designer Christian Dior as the label for his collection of spring 1955. Hugely popular in the 1960s and 70s, the A-line describes any dress fitted at the shoulders and widening to the hem. Secondly, the symmetry is beautifully enhanced through a bold black rhombus centrally placed in the middle. And last but not least, there is the famous Greca motif bordering the hem and adding to the dress’s geometric look. 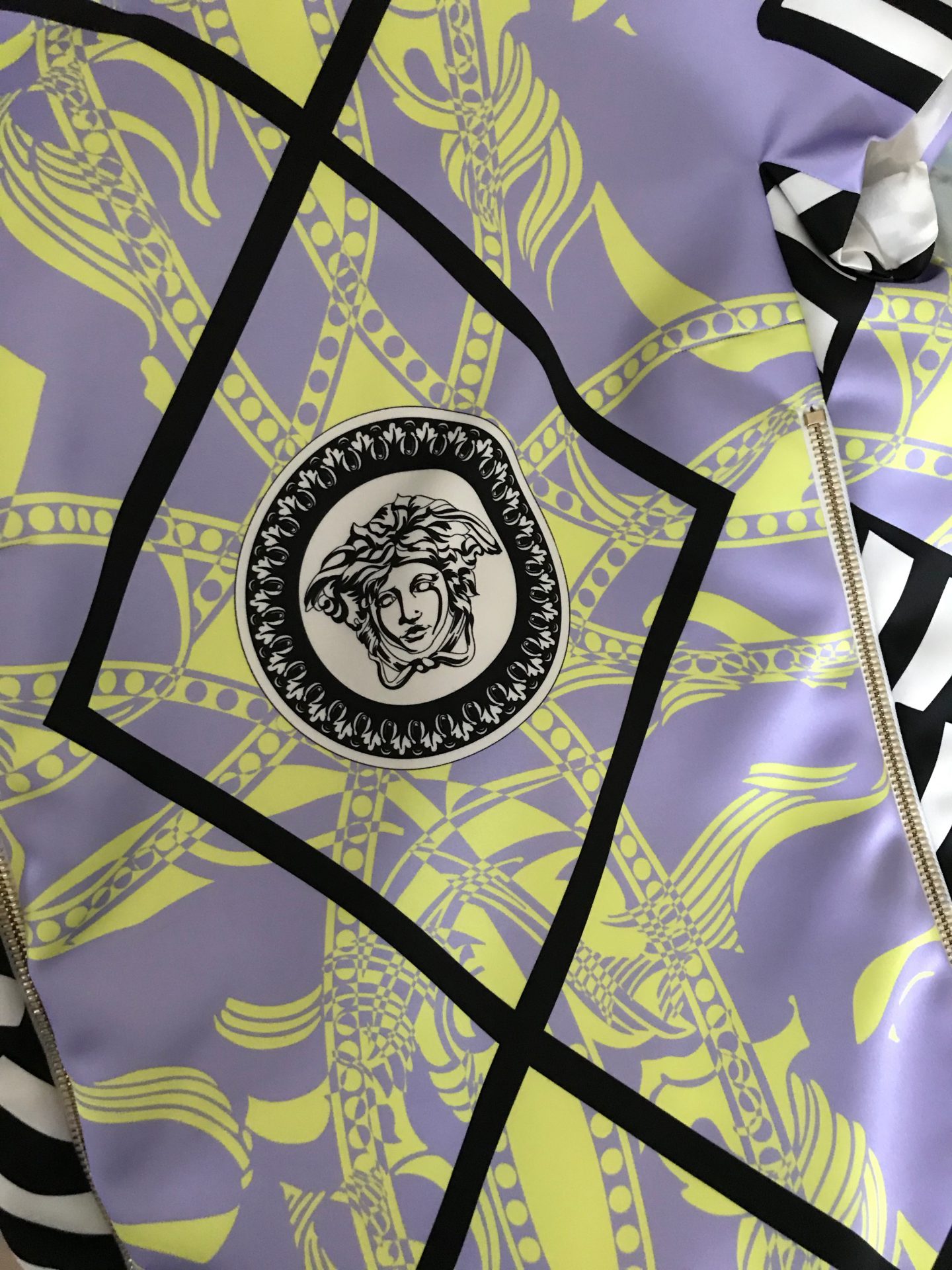 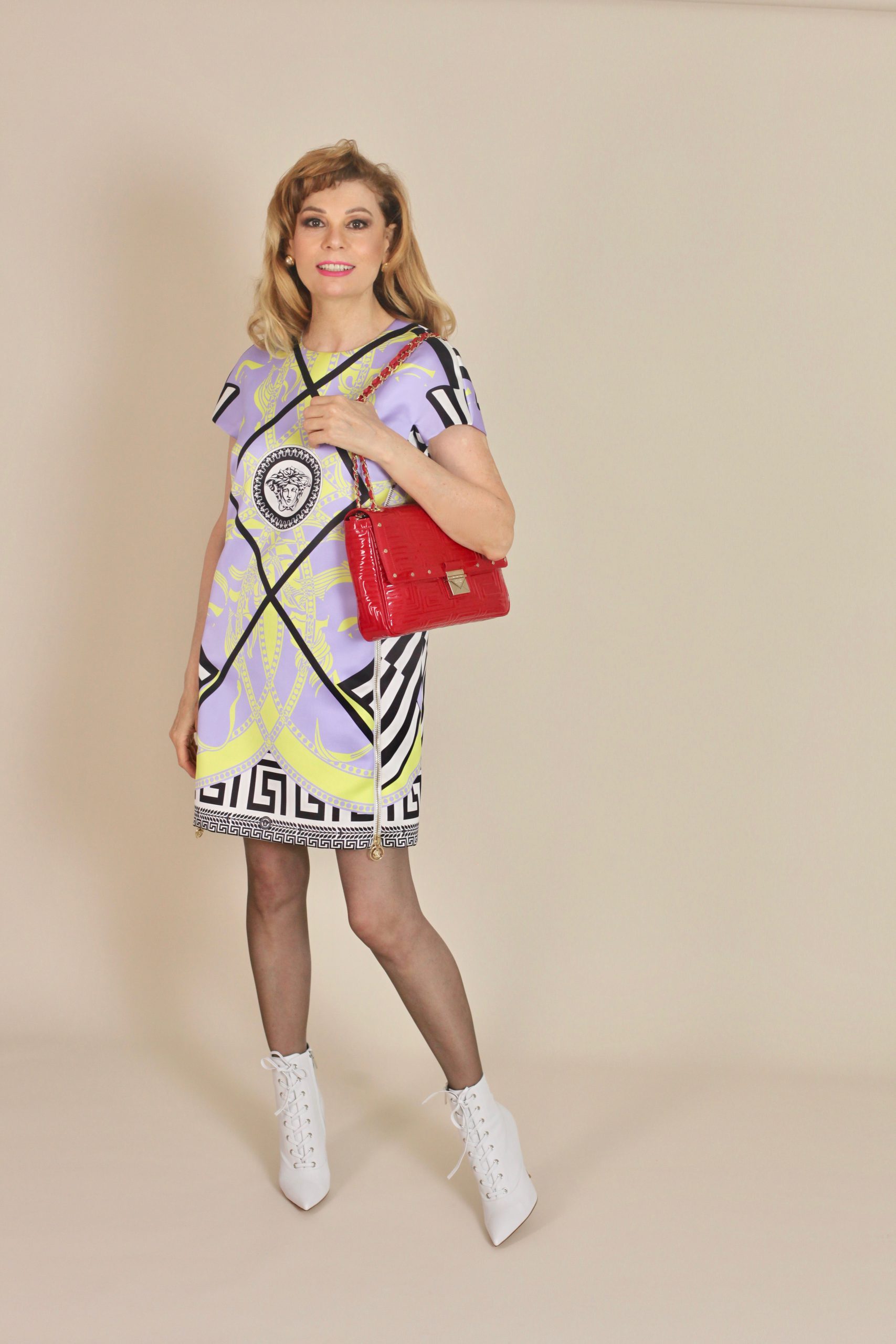 The Greca motif along with the Medusa motif, which is the Versace company’s logo are both Versace icons. Although Versace is said to have studied Latin and ancient Greek – though without completing the course – Greca has nothing to do with Greece. Greca is Spanish and refers to a “step fret” or “stepped fret” design common in Mesoamerican art.

However, composed of three or more steps connected to a hook or spiral, it is reminiscent of a “greek-key” meander. To make the case for a Greek connection, one may add that Versace being born in the city of Reggio Calabria, Italy in 1946, was strongly influenced by ancient Greek history, which dominates the historical landscape of his birthplace.

Don’t Worry, Look At Me!

Going after off-limit Poseidon, the god of the sea, storms, earthquakes and horses is what doomed Medusa’s fate. Described as a winged human female with living venomous snakes in place of hair, she was beheaded by the hero Perseus – after being caught in “flagrante” by jealous Athena, the goddess associated with warfare, wisdom and handicraft.

Interestingly enough Medusa’s face kept the ability to turn onlookers to stone who gazed upon it. Rest assured, looking at the pull tab representing a miniature medusa head will cause no harm!

Made from a shiny lavender and yellow colour fabric mixed with black and white stripes, the dress is very versatile. I wear it short or with a tight black stretch dress underneath to extend the silhouette. Combine it with black shoes or white booties, a black clutch or red leather handbag, the styling ideas have no limits. 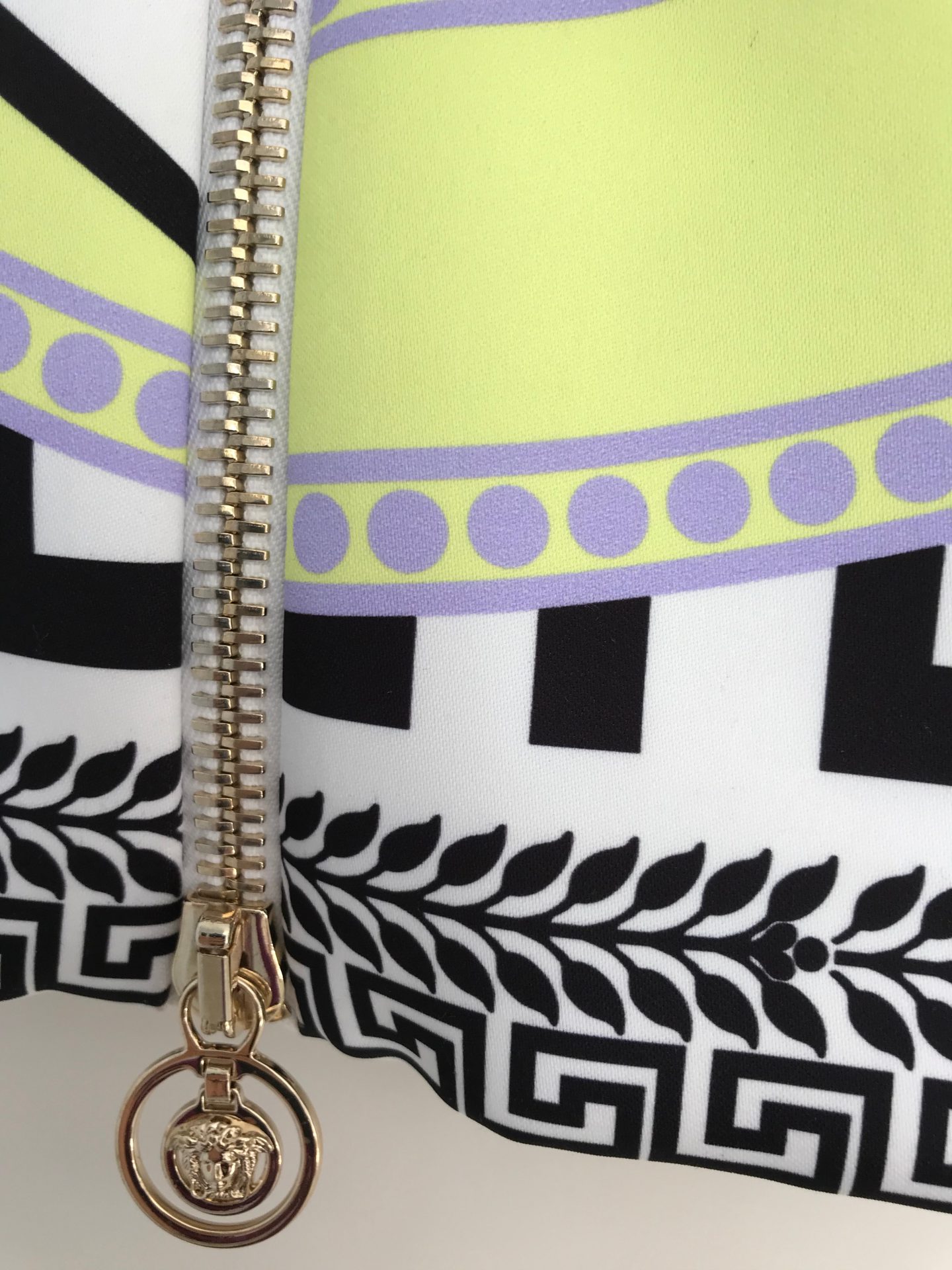 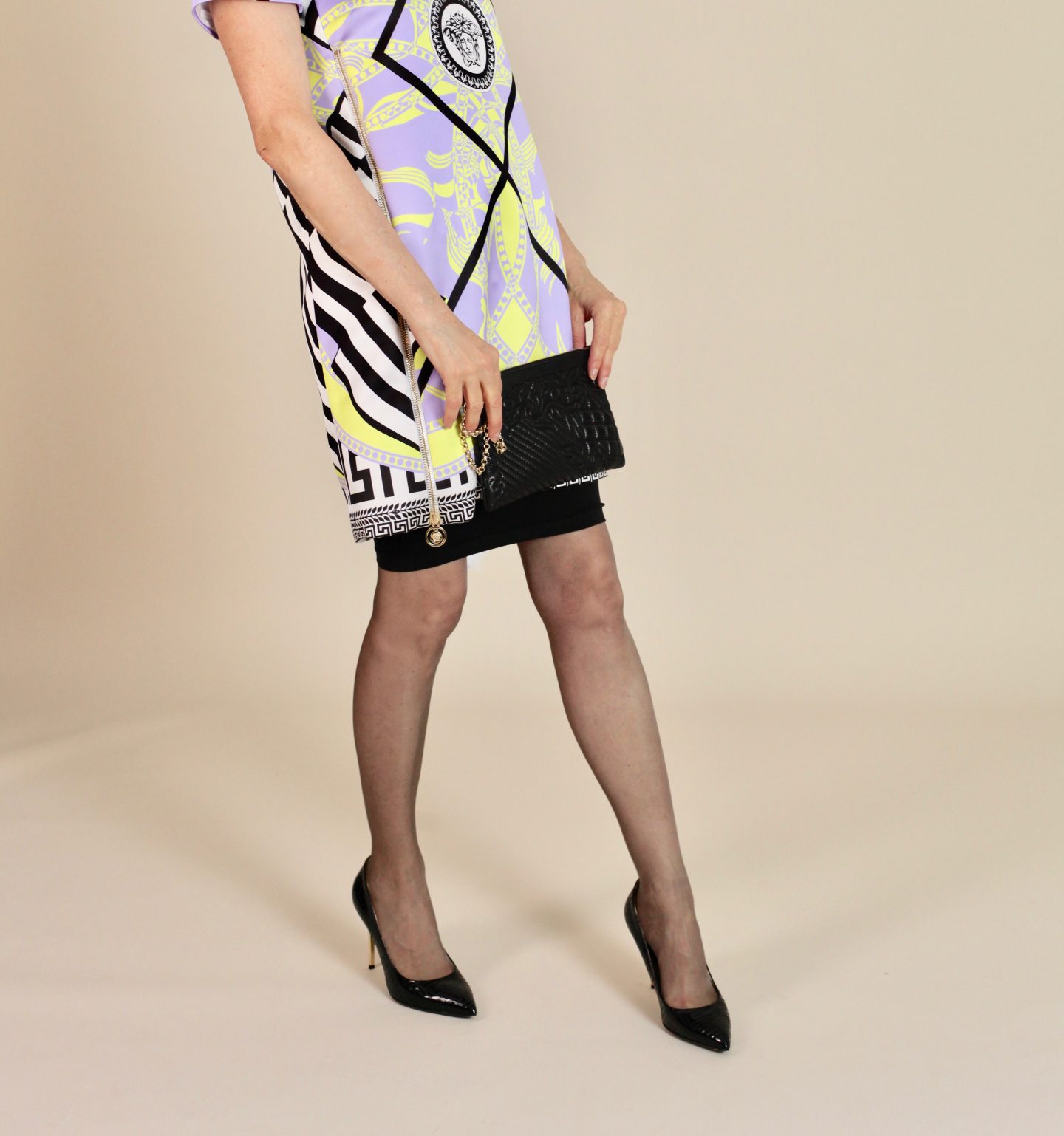 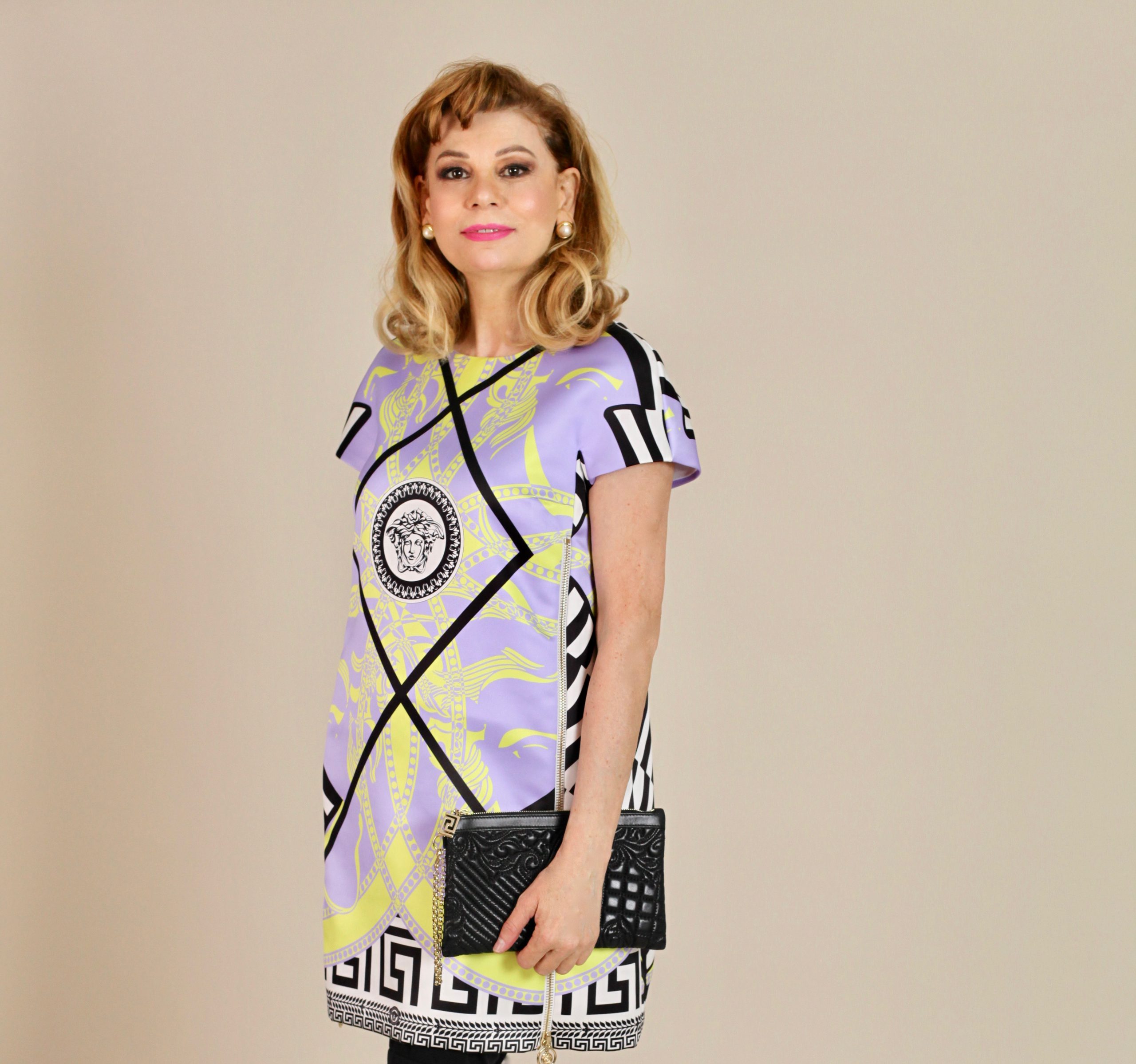 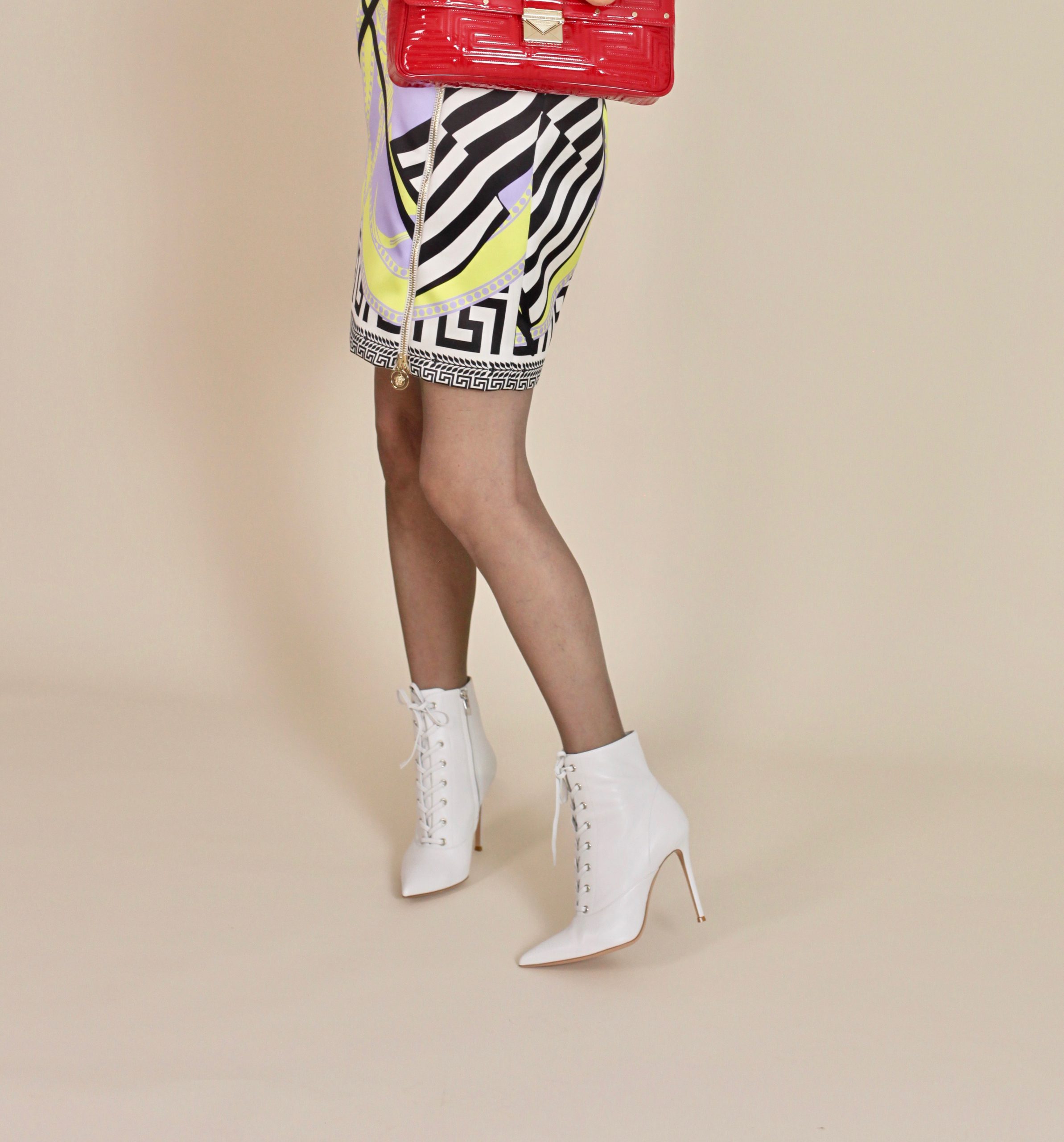 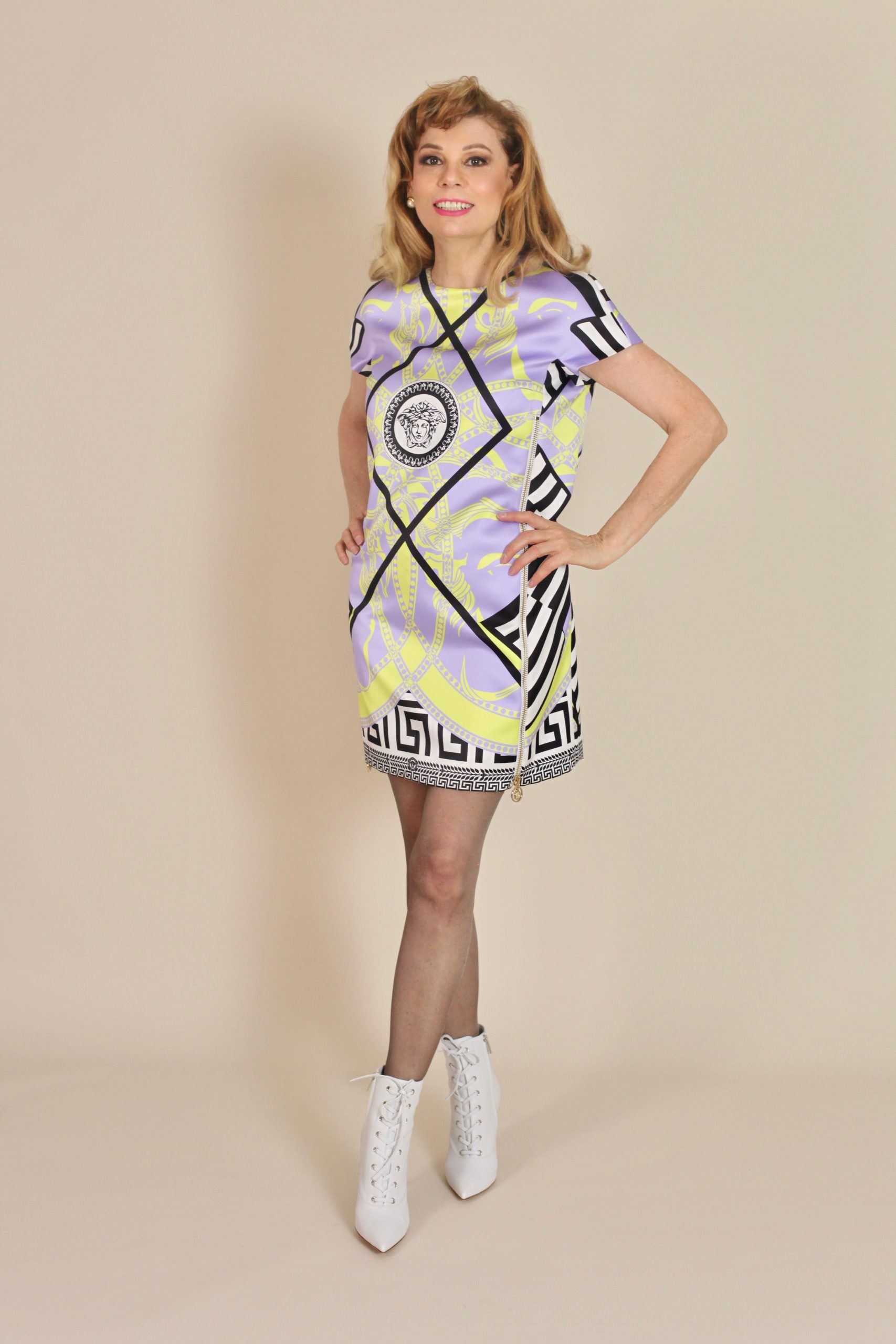